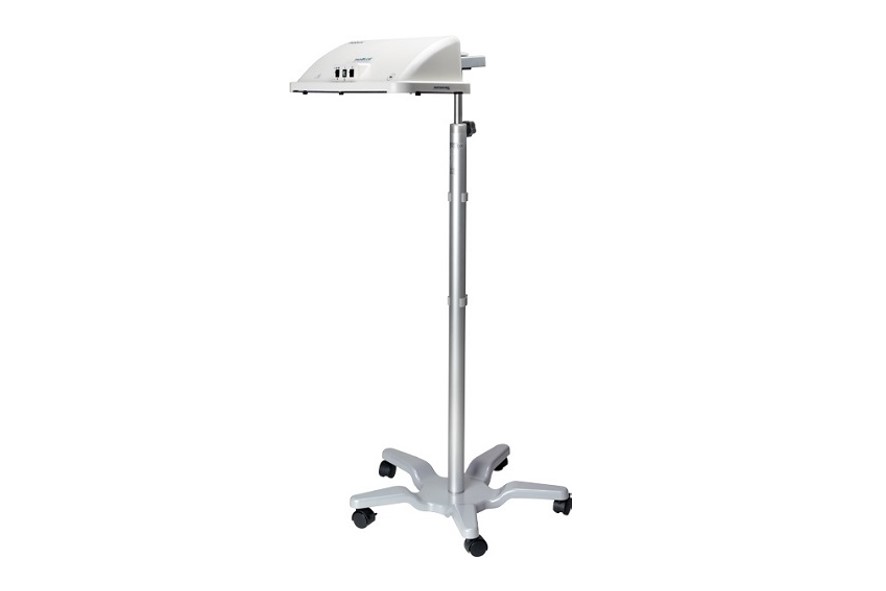 The neoBlue LED light therapy is an innovative light therapy lamp for the treatment of jaundice in newborns, which is characterised by a novel blue light LED light source.

‍Maximum effectiveness in the degradation of bilirubin

‍The neoBlue emits a highly intensive, narrow blue light spectrum via blue light diodes (LEDs) which, according to clinical tests, has the highest efficacy in breaking down bilirubin.

Versatile and easy to operate

‍The light output of the neoBlue can be easily adjusted by the user. The housing of the neoBlue lamp can be aligned both horizontally and vertically and tilted over a wide range of angles. The neoBLUE device is characterised by a red target lamp, which makes it easier for the user to align the light source over the desired area of the baby's body.

‍Due to its light source with maximum efficiency in bilirubin degradation, the neoBlue device can lead to a faster reduction in bilirubin concentration in newborns and thus to shorter treatment times.